At a meeting on March 8, 1883, the WCTU and the YWCA donated $38 to establish a reading room over Cash and Busby's Store.

In 1907, the public voted to establish a City Library, funded by the City of Huron. The issue passed by a very slim margin: 368 votes in favor and 366 votes against. The Library was established thanks to 2 votes!

In 1908, the City Commission accepted Andrew Carnegie's offer of $10,000 to build a Free Library Building for the City of Huron. This building opened to the public on September 3, 1909, and served the city for 56 years. In the fall of 1965, the building was razed and the present structure was erected on the same site.

On September 18, 1966, the new library building was dedicated. Funded by the City of Huron and a Federal LSCA Grant, the structure was built by the Art Pugsley Construction Company of Huron. This facility continues to provide library services for the Huron residents.

On July 10, 2008, the library held a groundbreaking ceremony to kick off a building expansion project. Construction was completed in May 2009 and a dedication ceremony was held on August 20, 2009. 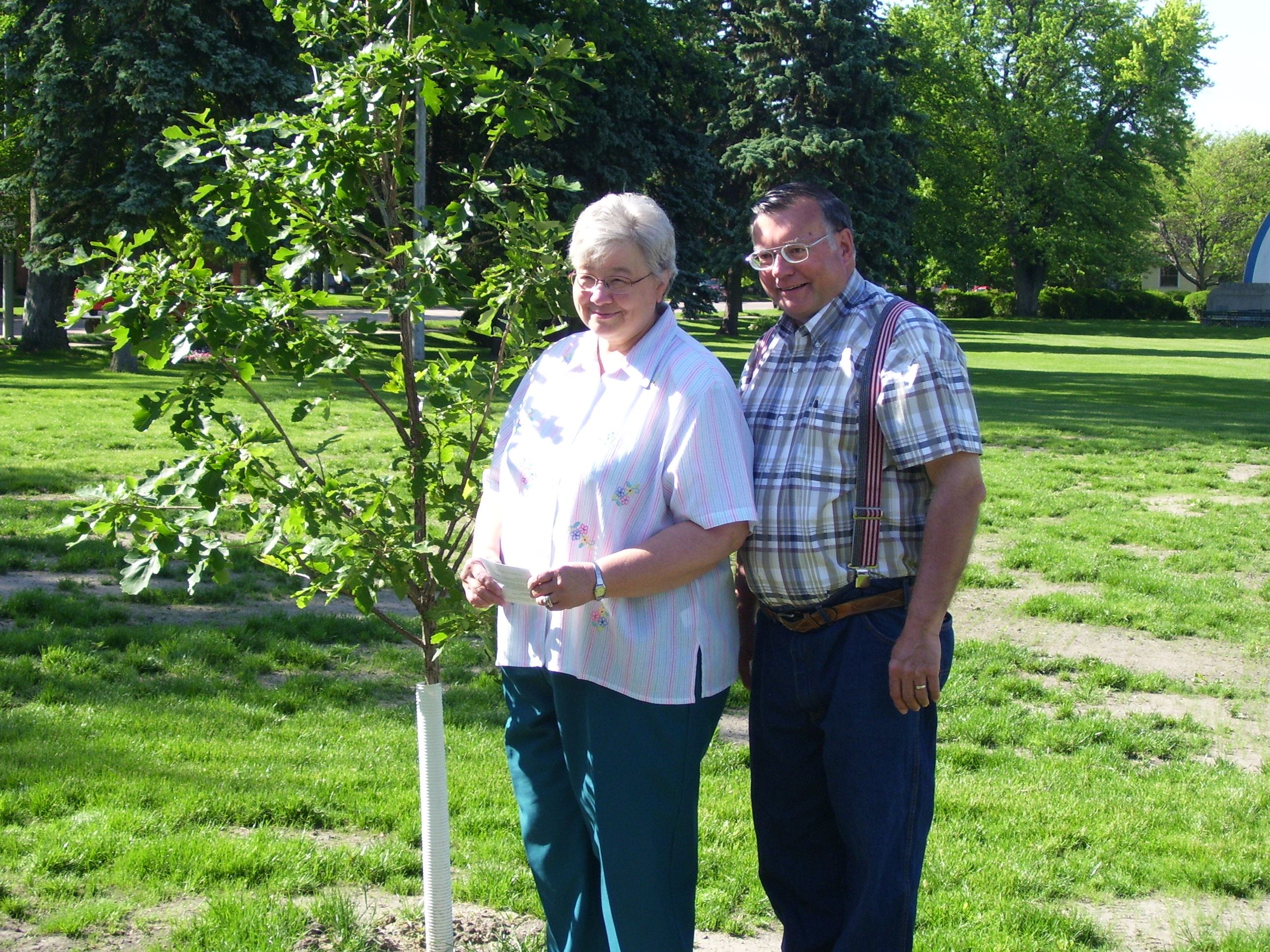 Colleen Smith, former library director, and husband, Graham standing by the burr oak tree dedicated in honor of her 31 years of service to the City and Huron Public Library (June 9, 2010)